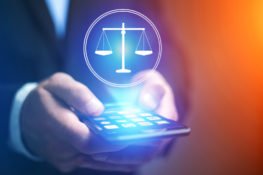 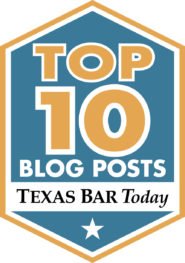 Years ago, social media may have seen as whimsical and insignificant in the real world. Today, however, it is often at the forefront of technology, information, and politics. In fact, many court cases have allowed social media posts and profiles to be admitted as evidence. Yes, you read that correctly. Needless to say, this has led to social media playing a major role in the decisions of the courts on multiple occasions.

Social media such as Instagram or Facebook can be used in court now. With this exception comes several nuances and challenges involved in getting them admitted. Even once it has been accepted as evidence, it is not a surefire way to make a case. It certainly is not a surefire way to prove innocence or guilt either. Many factors must be taken into consideration when using social media in this manner.

How social media can be admitted in court

Social media is a little tricky. It’s especially tricky when it comes to obtaining information. Particularly when obtaining from the private portions of a user’s social media account. This is when it becomes a bit difficult. Lawyers can try to subpoena data from media companies. This is difficult as they will most likely cite the Stored Communications Act. Citing the act provides a reason not to share their client’s information. In certain situations, social media companies have shown more willingness to cooperate. More willingness to cooperate with the authorities is often seen more with criminal cases.

How social media can be used as evidence

As mentioned, public posts can often be admitted as evidence. Someone could possibly use social media to physically threaten another person. This may be used as proof of their violent nature or intentions. Thus, making it admissible in court. Essentially, any public post is recorded information. This means it can be used as evidence as long as it can be reasonably believed to have come from the specific individual.

This isn’t limited to text posts, however. Photos that are posted on social media can be used as evidence as well. A picture could show an individual with the incriminating evidence. Evidence such as being in possession of drugs, weapons, or other illegal items. This can certainly be used against them in court. Social media photos have been used in many court cases.

Social media has already helped reach verdicts in some cases. One early instance of social media being used as evidence took place in Houston, Texas. This particular case was a criminal case.  Michael Paul Bradley and his brother robbed a carwash at gunpoint. They demanded that the victim hand over his possessions. Along with his possessions, his car keys were demanded. Although the victim was put in a difficult situation, he was able to remember the faces of the perps. The victim was able to identify the perpetrators. He identified Bradley and his brother through the use of Facebook photos. The court deemed the evidence to be satisfactory. Bradley did try to appeal the decision. This didn’t help him though. The decision was upheld. The Facebook photos were considered a key part of the original decision.

Herrman & Herrman serves all of South Texas, with offices in Corpus Christi, San Antonio, McAllen, and Brownsville. With over 100 years of combined experience, our attorneys have successfully resolved over 20,000 cases involving car, truck, and motorcycle accidents, as well as injuries caused by faulty products, slip and falls, and workplace accidents. If you or a loved one is ever injured due to someone else’s negligence be sure to contact us at 361-882-4357 or via our website at   htps://www.herrmanandherrman.com/contact-us/ for your free consultation.