Home Blog Motor Vehicle Accidents Why Are Young Drivers Having So Many Accidents?

Why Are Young Drivers Having So Many Accidents? 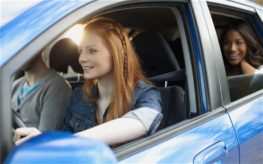 With millions of automobile crashes on America’s roads and highways, ensuring the safety of drivers and passengers has been a national obsession for several decades now. Part of that effort involves identifying those who are most at risk for being involved in an accident so that efforts can be made to use policy in ways that can help to reduce those crashes. To that end, many studies have been conducted in recent years to better assess the various risk factors associated with different groups of drivers. One of the most-studied factors has been the issue of age to see whether certain age groups have more accidents than others. The question is obvious: does age appear to play a role in crashes and, if so, which age group has the most car accidents?

As far as the question of whether or not age plays a role goes, the answer would appear to be a resounding yes. According to statistics compiled over time, some clear patterns do emerge when age is factored into consideration. Different age groups do have different levels of crash rates, and that is enough to indicate that age-related behaviors and characteristics almost certainly play a role in a driver’s actual risk of being in an accident.

Statistically, we know that there are roughly 6 million reported automobile crashes on the nation’s road each year. Reports from 2014 indicated a total of 32,675 lives lost as a result of automobile crashes, and total injuries of 2.34 million, according to data collected and compiled by the National Highway Traffic Safety Administration. On average, about 37,000 people in America lose their lives in automobile crashes each and every year.

As haunting as those figures can be, they are even more tragic when you consider that many of the dead and injured are our youngest drivers. The statistics on that phenomenon are hard to ignore, as the Centers for Disease Control and Prevention (CDC) makes clear on its website. For example:

But Why Are Young Drivers Having So Many Accidents?

Experts cite a variety of different reasons to explain why young drivers seem to be at such a higher risk of having and dying in automotive crashes. Autos.com presents some statistics that help to shed light on why teen drivers and young twenty-somethings seem to be in so much danger on the road:

Interestingly enough, teens do share this higher risk with another age group: drivers over the age of 75. Because many of those older drivers give up driving by that age, however, most of the emphasis on age-related accident factors tend to focus on the young.

What Can Be Done About This Problem?

Driver education for the young has been a primary emphasis for some time now. Along with that, many experts recommend renewed emphasis on the importance of seatbelts – especially in light of the CDC-reported fact that 56% of all teens who died in crashes in 2013 were not using their seat belts. In addition to that, it is also critical that even more focus be placed on underage drinking with greater enforcement of existing laws.

All fifty states now have Graduated Driver Licensing Programs in place. These GDL programs are designed to provide young drivers with an even longer period of restricted driving so that they can develop the experience and skills they need to safely manage their vehicles on the road. Under these guidelines, young drivers have restricted nighttime driving, limitations in conditions that pose increased risk, and more involvement from their parents. According to research, these programs have reduced the accident rates among 16 year-olds by roughly 40%. That’s a victory by anyone’s standards.

Parents should also emphasize the dangers of distracted driving, and remind their young drivers to avoid using their cellphones while behind the wheel. Similar warnings should be provided about issues like drowsy driving, and the distractions that can be caused by teenaged passengers. By helping to enforce existing laws and doing their part to continue their child’s education, parents can play a critical role in reducing the number of young driver accidents and deaths.

At the same time, society will continue its efforts to ensure that at-risk drivers receive the training and guidance they need to operate their vehicles in the safest manner possible. Together, we can all make a difference and reduce the dangers faced by our youngest drivers.