Home Blog Articles 5 Reasons Why McAllen, Texas Is One Of The Cheapest Places To Live In

5 Reasons Why McAllen, Texas Is One Of The Cheapest Places To Live In 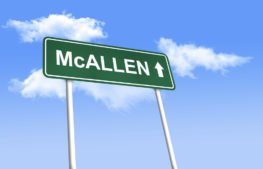 Public Educational Facilities – libraries, museums and tertiary institutions like The University of Texas-Rio Grande Valley are abundant in the region offering bright minds many opportunities to expand their knowledge. Four other reasons include:

Cheap Housing: The average cost of a home in McAllen is the third least expensive in the country. On average, monthly spending on rent is less than $800. In all, the cost of living is 16.2% lower than the national average cost.

Low-Cost Living: As metro cities go, McAllen is one place you will spend less on daily expenses such as food, healthcare, and transportation. The city is a retail epicenter having brands such as Walmart, Sears and large shopping malls like La Plaza and Las Tiendas Pavillion: a seven-acre shopping area.

Abundant Options for Unwinding: The city offers a prized-bird-watching-attraction, Quinta Mazatlan and several art attractions like McAllen Arts District and The Museum of South Texas History. There’s an abundant nightlife with live bands playing in local places like Cine El Rey and McAllen’s 7th Street which is a mecca of nightlife. Choices abound from restaurants to fast food spots so you don’t have to wear your pocket out. You are good with as little as $3!

Jobs Everywhere: Forbes projects an annual job growth rate of 3.9% in McAllen making it the third best city in this regard. It is also a great city to start your business as noted by CNBC. The population continues to grow at a 22% rate leading to the creation of more businesses and corresponding income growth for residents.

The next time you’re in Texas, be sure to stop by the Rio Grande Valley and soak up everything McAllen has to offer.