Texas Leading the Nation for Car Accidents in 2015 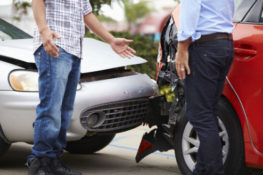 Here’s a statistic that should be of concern to any motorist in the Lone Star State: there were more fatal car and light truck accidents in Texas in the first six months of 2015 than any other state in the nation.

A report from the National Safety Council (NSC) says fatal traffic accidents are up 14 percent across the country from January through June compared to the same period in 2014.

The 1,643 traffic deaths in Texas are the most in the country. That equates to about nine people killed on Texas roads every day. It’s very important to drive defensively to avoid accident situations.

Across the nation, injuries in traffic accidents have also increased this year, with an estimated 2.25 million injuries requiring medical treatment. That represents a 30 percent jump during the first six months of 2015 compared to 2014.

As a report by KLTV, the ABC affiliate in Tyler, TX, explains, the NSC attributes the increase in fatal traffic accidents to an improving economy and lower gas prices. The better economy has put people back to work, which means more people are on the road commuting in the mornings and afternoons. Gas prices have fallen by an average of 30 percent since last year. Additionally, summer months are typically more deadly on the road with more alcohol-related accidents and accidents involving speeding. More people working translates into more and longer driving vacations.

If the current rate of fatal motor vehicle accidents continues, traffic deaths could exceed 40,000 in 2015, making this year the most deadly since 2007, before the economic crash.

In May, the NSC said traffic deaths had increased year-over-year for each of the previous six months. The concern expressed in that release was that the nation was entering the year’s 100 deadliest driving days between Memorial Day and Labor Day. The three-month stretch has claimed 48,579 lives since 2010, an average of 9,700 a year.

Besides Texas, only Florida and California had more than 1,000 traffic deaths reported in the first six months of 2015. Florida’s 1,441 deaths from January to June this year represent a 29 percent jump from the first six months of 2014. This was the highest rate of change in the nation, except for Oregon’s 204 traffic fatalities, which represent a 59 percent increase from 128 fatalities from January through June 2014.

It is widely understood that most car accidents are caused by human error. When an error is the product of negligence or recklessness, the at-fault driver has a legal duty to anyone they have harmed to make things right financially.

The personal injury attorneys of Herrman & Herrman help car accident victims in Texas obtain compensation they are due for medical expenses, vehicle damage, lost income and more after motor vehicle crashes that were not their fault. If you’ve been injured in a car accident caused by another driver’s negligence, contact us for a free review of your case before accepting any insurance settlement.