Home Blog Articles The Insurance Adjuster Is Not On Your Side!

The Insurance Adjuster Is Not On Your Side! 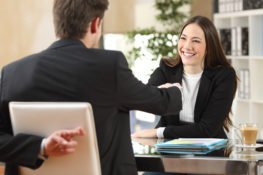 Too often people in your shoes slip up and say one small thing or make a small mistake that ends up costing them a lot of money and peace of mind.

Be Careful! Herrman & Herrman wants to protect you from being taken advantage of, know these 9 tactics when dealing with an insurance company.

1. Adjuster has not called within a week of your accident.

This could mean the insurance company is understaffed, ignoring your claim, or it could be that the other party isn’t insured at all.

2. Adjuster does not want to put anything in writing (Limits Information).

Insist that you be provided with a letter that identifies the insurance representative and their company. VERY IMPORTANT. This should state policy & claim numbers. Confirm that the other party in the accident was insured the day of the accident.

Request that the auto policy limit be disclosed in writing. If this request is refused, CALL ME & LET’S TALK! If you are seriously injured, you need to know what can be claimed. If you do not know the limits, it could cost you a lot of money.

3. Adjuster refuses to confirm that the wrong-doer was at fault.

Ask that the adjuster provide you with a letter that states their client was insured AND at-fault for the accident. If the adjuster believes that their client is not completely at fault, request that their explanation be stated in writing. Always talk to a lawyer about comparative fault laws in your state, this can be tricky.

4. Adjuster wants to ‘record’ you.

DO NOT let anyone record you! If you give any ‘incorrect’ answers, it could cost you a lot of money. Before you give a statement, ALWAYS speak with a lawyer first. Most adjusters already know how the accident occurred based on the police report & statements.

5. Adjuster wants you to sign a written medical release.

Most insurance companies want you to sign a ‘general wide-open release’ This is more information than they are entitled to. Call a lawyer before signing anything. Remember, you can talk to me over the phone for FREE… even before you become my client.

6. Adjuster is dodging you.

If it is difficult for you to contact the adjuster or you are being ignored, this could be a delay tactic on your case. Delays will cost you serious money!

7. Adjuster offers you a tiny check.

If the adjuster offers to pay you a tiny amount, call a lawyer right away. Ask that the offer be put into writing and have it reviewed by a lawyer.

8. Adjuster says you do not need a lawyer.

If the adjuster tells you not to get a lawyer, or tells you that you do not need legal advice, you would be wise to be concerned. Why would insurance companies want to keep you away from a lawyer? Could it be that the adjuster does not want you to know the true value of your case? The insurance companies’ own reports show that people that hire a lawyer receive typically 2.5 times greater settlements than those who negotiate claims themselves.

9. Insurance company is delaying by using their voicemail.

Another tactic, the insurance company are allowing adjuster’s calls to go straight to voicemail. This tactic allows the adjusters to avoid phone calls. Thus, your settlement will be delayed.