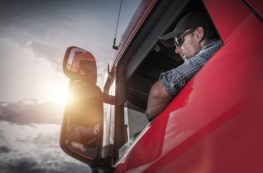 Semi-trailer trucks are such a ubiquitous presence on America’s roads and highways that many drivers seldom give them much thought. Each day, however, those big rigs are responsible for delivering the vast majority of all of the country’s freight – supplying businesses and consumers with the goods they want and need. Without them, economic activity would grind to a halt, companies would lose their ability to compete, and jobs would be lost. Because of that, it is important to remember that truck drivers have a vital role to play in the nation’s economy. Unfortunately, even the portion of the public that recognizes the importance of that role often fails to understand the dangers of driving big rigs.

The United States has more than 3 million truck drivers delivering more than 9 billion tons of goods to all points in the Continental U.S. According to the American Trucking Association, that number represents some 67% of all freight transported each year, and encompasses goods valued at more than $603 billion. To accomplish that feat, those drivers log in almost 400 billion driving miles annually. Across the economy, roughly 6.8 million workers have jobs fulfilling roles within the trucking industry. Perhaps more important is the fact that the Bureau of Transportation Statistics estimates that more than ten percent of all U.S. GDP is tied to the transportation industry.

Fatigue Behind the Wheel

Most people seldom give any thought to just how grueling a truck driving job can be. Many drivers are required to work as many as fourteen hours a day. Their rest time is typically ten hours straight before they are expected to be back on the job for another fourteen-hour marathon session. The issue of driver fatigue sometimes gets coverage in the mainstream media, but not often enough to raise public awareness of the problem.

Truck driving has always been a dangerous job. After all, traffic statistics from two decades ago showed that this occupation accounted for twelve percent of employee fatalities across all industries, with about two-thirds of those deaths happening as a result of accidents on the road.

Fatigue is one of those issues that can be hard to properly address since government regulations have seldom been enough to keep drivers from being on the road more than they should. Moreover, even the Federal Motor Carrier Safety Administration (FMCSA) has acknowledged that government-sponsored studies of crash-relevant data for fatigue are unreliable since much of their data relies on driver self-reporting in the wake of an accident. Its best estimate is that roughly 2.6 percent of drivers are fatigued during crashes – a number that seems remarkably low given the industry’s working conditions and long hours.

In addition to fatigue and the risk of accident, there is also the trucker lifestyle to be considered. Because they are away from home for prolonged periods of time, many truck drivers have unhealthy eating habits and often survive by eating snack food or fast food throughout the day. They often complete their day by eating high-calorie meals when they stop for the night. As a result, far too many fail to receive the vitamins and minerals needed for good health.

That also helps to explain the obesity statistics associated with the profession. Truck drivers tend to eat poorly, exercise irregularly – if at all, and spend most of their days in a seated position. That has resulted in a high rate of obesity (one National Institute for Occupational Safety and Health (NIOSH) determined that 69% of drivers were overweight), as well as sleep apnea, heart conditions, and other physical impairments that can impact driving. According to the FMCSA, about 12% of all large truck crashes were caused by non-performance issues related to fatigue or medical issues brought on by poor health.

Besides the obvious dangers of actual injuries and deaths from a vehicular crash, these drivers are also confronted with the very real possibility of injury outside their truck cab. Many drivers have to load and unload their trucks, and safety concerns often get ignored due to deadline constraints. That can lead drivers to go straight from the wheel to the loading dock, leaving them vulnerable to back and other injuries as they move the freight. Slip and falls, and overexertion injuries are common throughout the industry, with 30% of all non-fatal injuries being the result of some type of fall, and another 35% resulting from overexertion.

As dangerous as the job remains, there is positive news as well. Government regulatory bodies have attempted in recent decades to provide better protection for truck drivers and those with whom they come into contact on the road. That has resulted in tighter restrictions on driving activity to ensure that driver fatigue is less of a problem for the men and women driving these big trucks each day. As a result, drivers are now limited to working no more than 14 hours in any given shift, of which only ten can be behind the wheel driving. Shifts must be separated by at least 10 hours of non-driving rest. Finally, after 70 hours of work time, each driver must have a minimum of 34 hours to rest.

Obviously, everyone has an interest in ensuring the safety of those who are driving the nation’s large trucks, especially since traffic accidents are far more likely to result in death or injury to people outside of the truck driver’s vehicle. Fortunately, these dangers continue to be studied and new rules and technologies will continue to be implemented to reduce these risks even more.