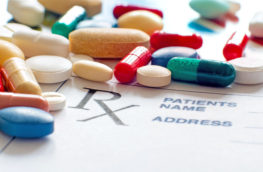 Some people are not aware of this, but you are allowed to sue an organization if the drugs you got from them harmed you in the process, and especially if this side effect was not listed on the pamphlet.

You can get fair compensation from the organization involved, once you can prove that their drug harmed you or caused you side effects that you were not warned about.

Types of Side Effects

It is the job of the drug producers to write down all these side effects and why they might be triggered in different people on the pamphlet accompanying the drug. When they fail to do this and you or someone you know gets affected by this drug, you are entitled to compensation from the organization if you win the case.

This is allowed to happen, if and only if you can prove beyond a reasonable doubt that the side effects you experienced were as a result of the drugs taken and not something else, and most importantly if there were no warnings about the side effect you had.

You can always sure of ‘failure to warn’, and this could be linked to so many cases. While there is a pamphlet inside the packet with a list of side effects, one the packet, a shorter list is supposed to be placed on it, with the serious and no serious side effects listed therein.

This can be chucked up to the design defect claim if the organization was able to prove that they had listed the side effects in the pamphlet.

Over a million people each year, end up with horrible side effects from drugs, and this is why the dangerous drug lawsuit is a thing, giving you the right to make sure an organization pays for not properly testing a product before sending it out to the market and endangering the lives of those who ingested these products.

If you have experienced side effects from a defective drug, you may be eligible for compensation. Contact Herrman & Herrman as soon as possible to schedule your free consultation.