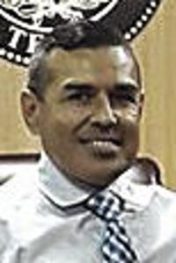 Allegations against De La Cruz state he helped with the movement of cocaine by procuring court and police documents related to drug seizures for people working for drug cartels.

In De La Cruz’s complaint, individuals referred to as “CS 1” and “CS 2” outlined how they worked with an official at the county courthouse to get their hands on “fictitious” court documents helping them steal the substance from suppliers.