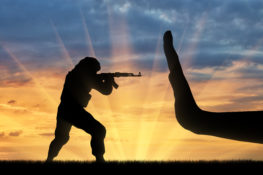 Mass shootings and terroristic acts are not new occurrences in most parts of the world today. These are one of the most important issues facing the governments of nations everywhere. Now, the unfortunate thing in these situations is that the liabilities are usually enormous, and sometimes it is difficult to proffer real solutions. For instance, the government can surely not restore dead persons to their families and loved ones.

However, there are other mass shootings and terroristic acts aftermath liabilities that can be quite effectively attended to. These liabilities are the objectives of such innovations as active shooter insurance, as well as the terrorism insurance coverage- which is now active in several countries.

In recent times, more people are beginning to consider mass shooting insurances (sometimes referred to as active shooter insurance). According to Governing™, more private companies, educational institutions, etcetera now want insurance against mass shootings. This type of insurance puts the liabilities of such occurrences, on the insurance company. Hence, the insurance pays for medicals, property loss, counseling and rehabilitation, etcetera.

The terrorism insurance on another hand serves a similar function for victims of terroristic acts. However, it is more directed towards property owners, private businesses and organizations- that were the targets of such acts.

While it seems good enough that insurance companies now have such packages that protect people from mass shootings and terroristic acts, there are still a number of grey areas that need to be sorted out. The basic issues in this type of liability insurance, stem from how much liability the insurance company should and can bear.

Firstly, terrorism insurance is a delicate type of insurance package, since it is relatively harder to quantify the extent of possible loss that may occur. From observations too, they often times result in huge financial losses on the overall. As such, existing insurance companies say it’s a little more difficult to set premium rates for interested clients, or they may not be able to run the costs for paying the compensations.

Additionally, you’ll find out that most active shooter insurances cost a huge amount of money. Hence, it is sometimes not accessible to the people who need it most, while it may also be too much to bear for those who can manage to pay.

Interestingly, however, governments of developed countries- especially, are finding ways of participating more in the shouldering of mass shooting and terrorist acts’ liabilities. For instance, the United States Terrorism Risk Insurance Act (TRIA) has been useful in a number of ways.