Move Over Laws: Something You Probably Didn’t Know Existed 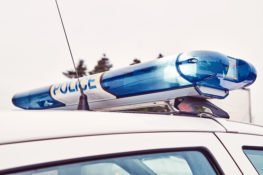 If you haven’t yet heard about something called the Move Over law in your area, you’re probably not alone. Hawaii became the last state in the nation to pass such a law, and yet a surprisingly large number of Americans still seem to be unaware of its existence. Given the fact that some variation of the law has now passed in every state since the movement first began, you might reasonably assume that almost everyone would have heard of it by now. However, this is not the case.

If you’ve gotten this far and still haven’t recognized this law, chances are that you just missed seeing the public service campaigns. You can hardly be blamed, after all, since our nation adds a substantial number of new laws to the books every year and it can be difficult to keep track of them all. This one is important, though, so you deserve to know exactly what it is and exactly what it requires of you.

The Move Over law movement began with the South Carolina passage of similar legislation in 1996 after a paramedic was injured by a motorist while he was helping others at an accident alongside the road. Because there were no laws in place to protect roadside emergency workers, the victim of the accident was actually found to be at fault – a fact that motivated him to champion legislation protecting all emergency responders. When other emergency personnel were injured and killed over the next two decades, states began passing similar legislation.

Under the terms of these laws, motorists are required to do one of two things when they notice that there is an emergency vehicle with active lights and sirens alongside the road:

In the state of Texas, for example, Transportation Code 545.157 mandates that all motorists either slow down or move their vehicles to another lane when they are approaching any emergency vehicles with flashing lights that are parked on the side of the road. That entails moving over so that there is at least one clear lane between the motorist and the parked vehicles. When that is not possible, motorists must slow their vehicles to a speed that is 20 miles below the legal limit. Failure to comply with these requirements can result in the assessment of a $200 fine. That is increased to $500 if your violation of the code results in any damage to property, and is elevated to a Class B misdemeanor if your refusal to obey the law results in harm to others.

These precautionary actions must be taken whenever you see police vehicles, ambulances, or fire trucks. Some states have now extended those requirements to utility vehicles and workers as well. Keep in mind, however, that this is the law in most states. Each state has its own individual law, as well as the type of vehicles to which the law applies to. To be on the safe side, it is advisable that you research your state’s individual Move Over law to ensure that you are properly complying with the legislation.

A Lack of Awareness

Mason Dixon Polling and Research did a survey of Americans in 2007, and discovered some shocking facts about these types of motorist laws:

Granted, that was about ten years ago, and since then there has been more of an effort to get the word out and educate the public about the dangers of roadside accidents and how necessary Move Over laws are. Still, even news like this takes time for the public to absorb, and –as anyone who has recently traveled the highways and interstates of the nation can attest – many motorists still seem to be unaware.

Does the law really work?

It can be difficult to judge just how effective laws such as these actually are. Unfortunately, traffic incidences and citations resulting from failure to follow the law are reported differently from jurisdiction to jurisdiction.

Even with these laws in place, officers and other emergency responders still die due to motorist ignorance of the law. Statistics show that failure to follow Move Over guidelines results in the death of roughly 60 tow truck employees each year, another five firemen and women, and about twelve police officers. On average, almost two dozen highway workers are killed each month due to negligence in this area.

So, exactly how unaware is the Average Motorist?

Obviously, there is a tremendous amount of work that must still be done before the scourge of roadside fatalities can be further reduced. There have been state and national campaigns that have attempted to educate the public about these laws and the civic duty of every motorist to obey them. Still, the numbers continue to suggest that many people are either not paying attention or simply refuse to comply with these common-sense measures.

Statistics from the state of Tennessee make that fact abundantly clear. There, the Highway Patrol has reported that it issued a total of 9,317 Move Over law citations from 2004 to 2012. That’s an average of 1,035 separate incidents of motorists who failed to obey this simple law. One would hope that the state – and the nation – would have improved on those numbers in the last few years. Sadly, it would appear that those hopes remain unfulfilled.

In 2013, Tennessee reported issuing 1, 380 citations. That number then jumped to 1,880 citations in 2014. Despite the fact that violations carry a penalty of as much as $500 in fines and 30 days in jail, motorists in Tennessee still refuse to move over. The fatality statistics may indicate some improvement in the number of accidents related to roadside emergency workers, but the violation numbers suggest that we have a long way to go before we can consider the Move Over law education effort a true success.