San Antonio Named One of Deadliest Cities for Cyclists 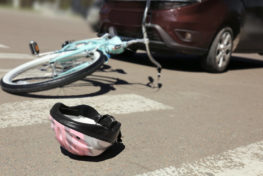 A tiny fraction of San Antonio’s population commutes to work by bicycle on a daily basis. Even so, more than a dozen bicyclists have been killed in traffic accidents in San Antonio in recent years.

That troubling record of bicycle accident deaths ranks San Antonio among the 20 most deadly cities for cyclists in the U.S., according to a recent analysis by carinsurance.org based on federal statistics.

The No. 1 deadliest city for bicyclists is Cape Coral, Florida, with 4 bike accident fatalities over four years—a rate of 5.8 bicycle fatalities year per 1 million residents and 1,333 per 100,000 commuters.

Abilene (No. 2) and Arlington (No. 13) were the other Texas cities that made the list of dangerous cities for bicyclists. Texas, California and Florida accounted for 41% of all U.S. cyclist fatalities from 2014-2017, though the states accounted for roughly 25% of the country’s population.

The carinsurance.org analysis was published as San Antonio seeks to reduce carbon emissions by encouraging residents to commute to work on bicycles as an alternative to driving automobiles, the San Antonio Current says.

San Antonio’s local cycling community is coming to grips with a number of cyclists’ deaths, including that of beloved bike shop owner Tito Bradshaw, who was fatally struck by a woman later indicted for drunk driving. The University of Texas San Antonio (UTSA) recently opened a bicycle repair shop and named it to honor Tito Bradshaw.

Earlier in 2019, San Antonio surgeon Dr. Naji Tanios Kayruz, 58, was killed while riding his bicycle near The Dominion, a neighborhood in northwest San Antonio. A female motorist was later charged with intoxication manslaughter and failure to stop and render aid resulting in death.

An Alamo Area Metropolitan Planning Organization advisory committee report on bicycle mobility said that 29 people had been killed or seriously injured while riding a bike in 2018. The number of fatal bicycle crashes rose from four in 2017 to seven in 2018.

Motorists are often, though not always, at fault in collisions with bicyclists.

As San Antonio bicycling advocates continue to push for protected bike lanes on Broadway Street south of Hildebrand Avenue and other locations, it’s worthwhile for active bicyclists of all ages and experience to review bicycling safety tips.

Adult riders and parents of young riders should familiarize themselves with Texas bicycling laws and San Antonio bicycling ordinances.

The following safety tips are from the AAA auto club and a San Antonio bicycle shop.

San Antonio motorists need to be aware of the city’s “Safe Passing” ordinance, which sets a requirement for motor vehicles as they encounter “vulnerable road users,” such as cyclists, pedestrians and motorcyclists. It requires motorists not to interfere with vulnerable users’ legal use of the road. Safe passing distance is defined as 3 feet for cars and 6 feet for commercial or large trucks, unless road conditions do not allow the space. Violation of the ordinance is punishable as a Class C misdemeanor, with a fine not to exceed $200.

Under Texas law, cyclists may seek financial compensation for injuries and other losses that an at-fault motorist causes them in a bicycle accident. At Herrman & Herrman, PLLC, our San Antonio bicycle injury lawyers help injured bicyclists and the families of cyclists in fatal accidents seek the maximum insurance settlement available. Our personal injury attorneys have successfully handled more than 20,000 cases.

Call now at (361) 882-4357 to schedule a free initial consultation about your legal options for a San Antonio bicycle accident claim.