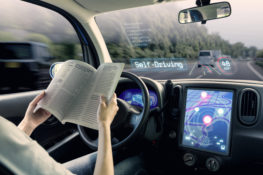 Self-driving cars may be less prone to accidents but they are not safe. The question arising from this fact is this; who takes the responsibility for crashes involving autonomous cars?

Technology has advanced, innovations and ideas are coming up. One of these advancements is in the manufacturing of self-driving cars. Tesla, Uber, and Google are among the top guns driving maximum efforts to advance the technology of autonomous cars since they not at their best yet. The safety of people around the vehicle has become an issue of concern, yet the great support for the push of the advancement of technology still thrives.

Not too many years ago, reports on car accidents have stated numbers that call for serious concern. The development of autonomous cars has promised safer roads with driving not affected by human errors nor affected by situations like fatigue, being sick or stress.

Waymo, a company that contributes to the self-driving technology predicted that autonomous cars will be available for purchase in 2018. Some other predictions made for the release of the vehicles are yet to see a confirmation of the foretellings. The best thing so far is that self-driving vehicles are available in some regions. Texas is one of those regions approved for the self-driving cars, and there have been crashes involving these cars.

The irony here is that the autonomous car technology touted for improved safety by its manufacturers has not lived up to its expectations.

Self-driving cars may be less prone to accidents but they are not safe. The question arising from this fact is this; who takes the responsibility for crashes involving autonomous cars?

The Government has made legislation regarding these self-driving cars. In 2016, the federal government rolled out its first policy for automated vehicles. The policy does not delve into details of manufacturing but outlines a safety checklist for the manufacturers to adhere to.

Also, some state laws have created guides for the manufacturers to follow, well-known ones involve the test cars having standard vehicle registration and following approved routes with police escorts. However, none of the laws place any proactive emphasis on the protection of human lives.

With recurring accidents, lawmakers are not yet making tangible laws regarding self-driving vehicles in Texas.

Another potential situation worth taking into consideration is that when filing claims against these companies, victims might face stumbling blocks since non-existence of proper laws put in place concerning the autonomous vehicles

Regardless, Texas might see more lawsuits filed against the manufacturers of these vehicles and the situation concerning casualties involving these self-driving vehicles won’t see any improvement if appropriate laws are not put in place.