What You Need To Know About The Schlitterbahn Lawsuit 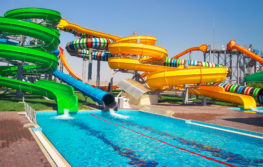 Schlitterbahn is a waterpark and resort that has been cited countlessly for negligence since its opening. Schlitterbahn parks are inspected daily before the parks are opened.

Schlitterbahn was sued by Linda Stomboly in March 2014. She filed a lawsuit in Wyandotte County District Court. She alleged that she was injured by the park’s King-Kaw attraction while riding it. Her petition showed that her accident resulted in multiple spiral fractures of her tibia and fibula. Schlitterbahn made an offer of $20,000 to settle the case. a month later, It was dismissed suggesting the case was resolved.

Another lawsuit was filed against Schlitterbahn in May 2014 by Robert Boepple. He alleged that he suffered injuries on his spine, back, neck, head, and arm while riding the Boogie Bahn Surfing ride. The case was later dismissed because both parties resolved it to their satisfaction.

Furthermore, in august 2014, there was a case by Frances Logan alleging she was injured severely when she was riding an inner tube in the King-Kong river ride with her niece. She claimed the tube overturned and she hit her left foot on a concrete wall. It was unknown if the case was settled on confidential terms.

Schlitterbahn Beach resort management was sued for negligence by Gordon Conover from Harris County. He claimed to have suffered pains, loss of earning capacity and mental anguish due to water slide injury. He had a collision with another person while riding the water slide at the Galveston Island water park in Schlitterbahn. He said the attendant was negligent in allowing riders to slide down without proper separation. The victim seeks attorney fees and monetary relief ranging from $200,000 to $1million.

The Tragic Death in Schlitterbahn

In 2016, An accident that could have been prevented happened in Schlitterbahn which caused the death of a 10-year-old boy; Caleb Schwab Sunday, the son of Scott Schwab, Kansas Representative. He was decapitated on the Verrückt water slide (world’s tallest water slide) of Schlitterbahn Water Park. The slide he was riding went gliding over, hitting a metal pole. Two ladies who were with Caleb In the raft were badly injured. The slide has been permanently shut down. Schlitterbahn settled Caleb’s family with almost $20 million.

Schlitterbahn has since been struggling to recover from this huge financial crisis due to the settlement offered to Caleb family and other lawsuit filed against them recently.

If you or a loved one were hurt as a result of someone else’s negligence, let the injury attorneys at Herrman & Herrman guide you through your legal options and fight for your compensation. Contact us today.