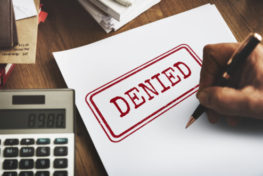 On April 23, 2005, James Loar, an employee of Cooper Tire and Rubber Company, injured his back while at work. Although Loar had a pre-existing back injury, he was granted workers’ compensation benefits as it was determined that the accident at work exacerbated his back problems. Following the injury, Loar underwent treatment for his back injury, including surgery and was also prescribed opioid medication to ease the back pain. On September 7, 2009, Loar died from an overdose of methadone. Loar’s wife applied for workers’ compensation death benefits, but her claim was denied.

Workers’ compensation benefits are defined by state law and are generally available to workers under three conditions:

While Loar did suffer a compensable injury at work, there was evidence that his drug addiction problems predated his work injury. After his work accident. and in the months and days leading up to his death, evidence showed that Loar was abusing both oxycontin and methadone by taking significantly more than was prescribed. Eventually, his abuse of methadone led to his death.

State laws generally have provisions that allow an employer to deny workers’ compensation benefits under certain circumstances. For example, Texas’ Workers’ Compensation Act provides that an employer is exempted from paying benefits if the worker’s injury occurred while the worker was in a state of intoxication, if the injury arose out of voluntary participation in an off-duty recreational, social, or athletic activity that did not constitute part of the employee’s work-related duties, or if the injury was caused by an act of the worker intended to bring about the injury.

The decision in the Loar case was based on a provision of Arkansas workers’ compensation law that provides that while death benefits can be paid to dependents of workers who die as the result of compensable injuries, “benefits shall not be payable for a condition which results from a nonwork-related independent intervening cause following a compensable injury which causes or prolongs disability or a need for treatment.”

Loar’s wife was denied death benefits because evidenced proved that Loar was prone to drug addiction, that he intentionally took too many pills, and that his overdose was an independent intervening cause of death that was not related to work. Loar’s wife appealed the denial of benefits to the appellate court, which upheld the denial.
Do you think the decision in the Loar case would have been different if Loar had no history of addiction prior to his work accident? If a worker’s addiction is directly related to the treatment of a work-related injury, should the employer be liable for resulting worker’s compensation claims?