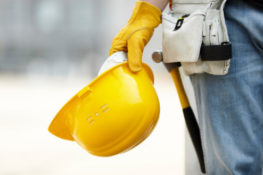 There was a time when most people just accepted that illness, injury, and death were simply part of the risk you took when you went to work each day. Throughout most of human history, there were few if any protections for anyone in the workplace. As the Industrial Revolution took hold, attitudes about such things began to shift noticeably. Today, at both the government and private industry level, workplace safety is a more serious concern than ever before. Even so, an unacceptably large number of workers continue to be injured or killed at work each year.

Before delving into a deeper look at how accidents and illnesses affect workers, companies, and the country, it is helpful to get some perspective on the organization charged with preserving workplace safety. The Occupational Safety and Health Administration (OSHA) is the agency responsible for enforcing safety and health laws. Operating under the auspices of the United States Department of Labor since 1971, OSHA has set safety standards designed to protect the country’s workers from injury and death. Their efforts cover most private sector employees, all federal workers, and many employees at the state level as well.

The agency has been criticized on a number of fronts, most notably due to the costs businesses face in their efforts to comply with OSHA regulations. At the other end of the spectrum, some have suggested that their compliance penalties are too weak to be effective at providing worker protection. To demonstrate that point, critics often note that the agency has secured only a dozen criminal convictions in its four decades of existence. At one point in 2003, a New York Times review of the agency’s efforts over the prior two decades revealed that, of 1,242 serious reports of unsafe working conditions, OSHA failed to even pursue prosecution 93% of the time.

Why Safety Matters: By the Numbers

OSHA’s effectiveness aside, there is no denying that safety in the workplace remains a major issue for society. While tremendous strides have been made over the course of many decades, the fact is that there is still an incredible number of hazards confronting the average worker.

According to Bureau of Labor Statistics, there were 4,679 work-related injuries in 2014 that resulted in employee death. Despite the many regulations already in effect, and increased attention on safety, that number represented a two percent increase from the previous year. Industries like agriculture, mining, and construction accounted for much of that increase. However, transportation fatalities were responsible for four of every ten workplace deaths that year.

Violence in the workplace is another ongoing concern. OSHA reports that almost two million people each year report that they experience some form of violence in the workplace. The agency estimates that there are even more incidents that fail to get reported. In 2014, 403 of those 4,679 deaths at work were the result of homicide.

In addition to the toll those accidents and illnesses take on human life, there are very real financial costs as well. Lost wages, work stoppage issues, labor replacement costs, lost productivity, even damaged machinery and property all add up to billions of dollars of losses each year. OSHA’s estimates place the real value of each life lost in the workplace at $8.7 million – which means that workplace deaths cost the economy roughly $40 billion a year.

The Positive Impact of Safety Efforts

Obviously, the sheer number of accidents, illnesses, and fatalities occurring in the workplace each year deserves serious attention. Prompted by new safety laws and regulations, and prodding from OSHA and various industry groups, many American firms have initiated comprehensive workplace safety programs designed to reduce the rate of work-related accidents and illnesses. The results have been met with realization from the private sector about the positive benefits these types of programs can provide:

In Texas, the state’s Department of Insurance has an entire division devoted to workplace safety: the Division of Worker’s Compensation. That agency is responsible for helping employers and employees secure information about safety and health-related issues. Its mission includes the elimination of workplace injuries and worker exposure to dangerous materials that could undermine employee health and safety.

OSHA continues to track compliance with legal safety standards and compiles data each year to monitor how well the nation as a whole is doing in its efforts to better protect workers from harm. As of last year, a number of standards continue to receive too little private sector attention, resulting in unnecessary and preventable harm to workers. These include standards governing fall prevention in construction, communicating information about hazardous materials, scaffolding compliance, and respiratory protection. The agency continues to advocate for greater adherence to standards in furtherance of its goals.

As those efforts continue, it is important to note that progress has been made. In just forty years, OSHA’s partnership with other agencies and the private sector has helped to contribute to a two-thirds reduction in deaths, illnesses, and injuries in the workplace. Today’s average of 13 workplace deaths each day is a far cry from the 38 deaths a day suffered back in 1970.

For companies in the marketplace today, increased awareness of safety issues and standards is of the utmost importance if those numbers are to be further improved. Companies can and must be more proactive in their efforts to educate employees and management to ensure that everyone within the enterprise practices safe habits to protect themselves and others from harm. Thanks to an increased focus on workplace safety, today’s working environments are much safer than they were just a few short decades ago. With the unity of purpose, they can be made even safer yet.