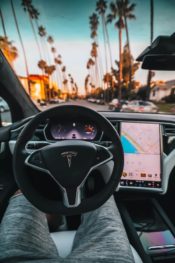 As we progress through the second millennium, inventors, entrepreneurs, and transportation enthusiasts all have their eyes fixated on the possibility of autonomous vehicles or self-driving vehicles. Cars that drive themselves can seem pretty Jetsons on the first brush but are actually rather close to becoming common. While the technology to create driverless vehicles already exists, automotive companies are striving to innovate new ways to ensure their safety. In order to understand the statistics about accidents that relate to autonomous vehicles, you must understand a few things about how they are characterized.

There are a few different ways autonomous vehicles can be categorized, depending on their level of autonomy.

Since 2013 when autonomous vehicles were introduced to the streets in a few key areas, driverless vehicle accident rates have been reported.  There are five fatalities involving level 2 autonomous vehicles. Four of these accidents were in the United States, while one was in China. In four of the accidents, the vehicle in question was a Tesla level 2 autonomous car, and the driver was killed. The last accident was an incident involving a pilot of “robotaxis” in California, and it killed a pedestrian.

How People Feel About Driverless Cars