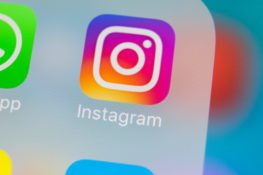 Instagram is a popular social media platform. It allows users to upload pictures, post comments, and even promote their business. While it has not quite reached the ranks of Facebook in the social media world, it has made plenty of progress over the years. It has become the second most popular platform in the United States. With its rising popularity, it should come as no surprise that Instagram posts have been admitted as evidence. This has happened in various court cases throughout the country.

Many Instagram posts are public. These public posts make them more accessible to users. This means they can be easily admitted as evidence in a court of law. However, the authenticity of the posts must still be verified. It must be proven that the party involved is the owner of the account. Sometimes it’s harder to prove ownership of accounts. In situations where this information is not verifiable, there is likely to be pushback from the other side.

Most posts on Instagram involve photographs. Personal accounts will often show pictures of the user or the places that they have been. Users also may just post food they’ve eaten, but geotag where they are. It is common for people to update their Instagram profiles with pictures from vacations, and special events. It is also very common for users to upload photos of themselves. Depending on the nature of the case, these photos can be used to help prove innocence or guilt. This, of course, once authenticity is proven.

One common example is that of a person that may be making a personal injury claim. This could be against an employer or another individual. They may be seeking money to recoup medical bills They may also be attempting to show an inability to work in order to receive disability. Either way, Instagram photographs can discredit their claims if they show something to the contrary. Recently uploaded photos of the individual participating in sports can discredit their claim. Other photos of physical activities may be used as evidence against them as well.  This could cause them to lose the case unless they can prove that the photos were from a time before the injury that they are claiming.

Photos with timestamps can also be used to corroborate or refute a person’s alibi. If a defendant is being accused of a particular crime, their posts may pose as evidence. Posts may indicate that they were in a different place at the time of the crime. Location services such as geotagging can be useful. Geotagging can give even more validity to the use of these posts as evidence.

In 2014, Houston parents Reymundo and Shellie Esquivel brought a lawsuit against 6 students after finding that the teens had been harassing their daughter. They settled with the 7th student accused of harassment. The harassment occurred over Instagram. Multiple posts show the group of teenagers maliciously bullying their 16-year-old daughter. This was all done via an account that was created solely for this reason. The posts revealed the bullying occurred over the course of several months.  However, the bullying itself occurred for approximately a year altogether. The teens were sued for libel. The Esquivels also went after the parents of the students for negligence.

Instagram posts show pictures of the victim alongside other sexually explicit pictures. some pictures could be classified as child pornography. The posts included language littered with vulgarities and cruel words. These posts were also accommodated with sexually inappropriate comments. Unfortunately, the page gained a following of over 900 people before it was shut down. Not only that, but the teen was not the only student targeted. Luckily, the teen’s parents sought legal advice. The parents allege that their daughter was left with emotional trauma after the incident.

In this case, Instagram data provided significant proof against the offenders. They were able to prove the posts were made by the accused students. The number of posts provided much-needed evidence. The extent of the harassment added an abundance of evidence too. The proof lead to a victory for the family of the teen. It is likely to set a precedent for upcoming cases. Social media, especially platforms like Instagram are becoming more commonly used as evidence.  This is occurring more often in courts across the nation as well.

We serve all of South Texas. Our offices are located in Corpus Christi, San Antonio, McAllen, and Brownsville. With over 100 years of combined experience, our attorneys have successfully resolved over 20,000 cases. Many cases involve car, truck, and motorcycle accidents. Other cases handled often involve injuries caused by faulty products, slip and falls, and workplace accidents. If you or a loved one is ever injured by someone’s negligence be sure to contact us at 361-882-4357. You can also contact us via our website at   htps://www.herrmanandherrman.com/contact-us/ for your free consultation.