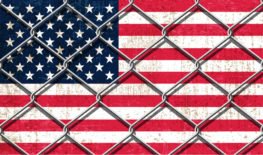 The 5-4 ruling in the Supreme Court this week gives the White House a big win. The travel ban which was originally put in place early in Trump’s presidency was highly controversial as it banned 5 mainly Muslim countries. President Trump argued it was “squarely within the scope of Presidential authority under the INA” The Supreme Court agreed.

“The President lawfully exercised that discretion based on his findings- following a worldwide, multi-agency review-that entry of the covered aliens would be detrimental to the national interest”, Justice Roberts wrote in his opinion. Sotomayor disagreed in the dissenting opinion. “Ultimately, what began as a policy explicitly ‘calling for a total and complete shutdown of Muslims entering the United States’ has since morphed into a ‘Proclamation’ putatively based on national security concerns,” said Justice Sotomayor.

Justice Kennedy in his concurring opinion wrote, “there may be some common ground between the opinions in this case, in that the Court does acknowledge that in some instances, governmental action may be subject to judicial review to determine whether or not it is  “inexplicable by anything but animus,” Romer v. Evans, 517 U. S. 620, 632 (1996), which in this case would be animosity to a religion. Whether judicial proceedings may properly continue in this case, in light of the substantial deference that is and must be accorded to the Executive in the conduct of foreign affairs, and in light of today’s decision, is a matter to be addressed in the first instance on remand. And even if further proceedings are permitted, it would be necessary to determine that any discovery and other preliminary matters would not themselves intrude on the foreign affairs power of the Executive.”

Justice Breyer joined Sotomayor in the dissenting opinion. “Declarations, anecdotal evidence, facts, and numbers taken from amicus briefs are not judicial factfinding. The Government has not had an opportunity to respond, and a court has not had an opportunity to decide. But, given the importance of the decision in this case, the need for assurance that the Proclamation does not rest upon a “Muslim ban,” and the assistance in deciding the issue that answers to the “exemption and waiver” questions may provide, I would send this case back to the District Court for further proceedings. And, I would leave the injunction in effect while the matter is litigated. Regardless, the Court’s decision today leaves the District Court free to explore these issues on remand. If this Court must decide the question without this further litigation, I would, on balance, find the evidence of anti-religious bias, including statements on a website taken down only after the President issued the two executive orders preceding the Proclamation, along with the other statements also set forth in JUSTICE SOTOMAYOR’s opinion, a sufficient basis to set the Proclamation aside. And for these reasons, I respectfully dissent.”