The Advantages of Having Dash Cams Recording Accidents 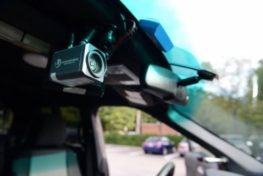 If you’ve ever watched any new footage of police stops on the roads or highways of any city, then chances are that you’ve seen dash cams in action. These cameras are mounted devices that sit on the dash of a car and record everything that occurs in front of your vehicle. Many operate on a continuous loop, ensuring that there is always a record being made of anything that might end up being important enough to document. While the technology has traditionally been used for law enforcement, recent trends have seen dash cams becoming more popular in consumer circles as well. Many drivers, for example, are now operating dash cams in their vehicles, and with good reason. The fact is that there are many advantages to having dash cams recording accidents and other events that may need to be documented.

Some Texas residents may recognize the trend since it’s certainly been no secret in the state’s media outlets. In fact, Texas newsgroups were reporting on the use of dash cams nearly half a decade ago. Then, the reporting involved truckers who were frustrated by the amount of reckless driving they encountered on the road. To document incidents of recklessness, those drivers mounted dash cameras to ensure that they were not being held responsible for crashes caused by those other drivers.

How Widespread is the use of Dash Cams?

An estimated one million people in Russia have placed dash cams inside their vehicles in an effort to document and help rein in police corruption. These cameras have become a popular way for many Russians to bring evidence into court when they are disputing traffic accidents, or during disputes with insurance companies.

Dash cams are growing in popularity in other places across the world too. For example, drivers in the UK have been increasingly turning to this technology as a way to lower insurance premiums and provide protection against insurance companies that try to avoid payouts in the aftermath of an accident. Research indicates that 40% of UK drivers are looking into installing dash cams, and more than seven in ten say that they would get a dash cam if it meant enjoying lowered premiums. At the same time, however, accidents remain the primary concern for those who currently own dash cams, with 59% of those UK drivers who own dash cams citing collisions as their primary reason for having the technology.

Manufacturers have latched onto the trend in dash cams as well, with some companies like Garman even producing cams that not only document accidents but offer potential protection against collisions as well. In fact, one of their new cams offers Forward Collision Warnings that actually notify drivers when the system determines that there is not enough distance between their vehicles and those directly in front of them.

In the U.S., the use of dash cams is becoming more popular with ridesharing drivers, and some are recommending the technology as a way to protect drivers and their passengers. Often times, rideshare drivers working with companies like Uber and Lyft face negative preconceptions from authorities and insurers when they are involved in accidents. A dash cam can provide critical evidence that can help to ensure that drivers whose vehicles are involved in accidents can receive the compensation to which they might be entitled.

What Can a Dash Cam Do for You?

Dash cams are a little like automobile insurance in one obvious respect: they are tools that you buy in the hopes that you never need to use them. In recent years, however, dash cams have been useful in many different ways. Many have captured footage of questionable police stops. Others have been witness to everything from attempted fraud to road rage. Of course, much of the most important information captured by these cams have come in the form of evidence used in support of accident claims.

Insurance.com has a list of seven of the most important reasons to consider the use of a dash cam. These include things like documenting accidents, battling insurance fraud, and avoiding fraudulent traffic tickets. Improved driver skills, monitoring teen drivers, protecting unattended cars, and capturing unanticipated events are also included in the list. When it comes to monitoring teen drivers, at least one insurance company has incorporated dash cam technology into its Teen Safe Driver program. The program allows drivers to earn a discount for participation and provides a year of free access to a dash cam for the teen’s vehicle.

In the UK, there are some insurers that apparently provide driver discounts for customers who use dash cams. While there is only one U.S. insurer currently offering such discounts, that is almost certain to change if insurance companies start to identify clear relationships between the use of the technology and reduced accident claims. Until then, American drivers will generally have to settle for the many other advantages that this technology provides.

Getting the Evidence and Help You Need

Even if you are reluctant to buy yet another device for your car, the reality is that this is one piece of equipment that is becoming more important as time goes by. We’re living in an age where a lack of photographic or video evidence can leave you without the support you need in court cases and insurance disputes. Often times, drivers and others refuse to admit fault – especially when they know that there is no other evidence to support your claim. For less than $100 in camera equipment, you can ensure that their denials don’t prevent you from receiving the compensation that you deserve.

If you or a loved one have been involved in a traffic accident or other incident, video evidence can be one of the most important forms of documentation that you can possess. Even with that evidence, however, you will often need the assistance of a competent legal professional to ensure that your interests are protected. For help with your accident and personal injury concerns, contact our experienced attorneys today.