Home Blog Motor Vehicle Accidents Car Accidents Are a Risk in Texas No Matter the Season!

Car Accidents Are a Risk in Texas No Matter the Season! 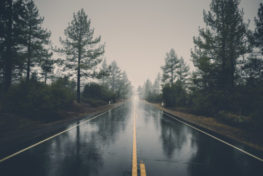 For most Americans in the northern tier of the country, Texas is often thought of as a place where the weather is fairly constant throughout the year. Since it is located in the South, many people simply assume that it is hot and dry no matter the season – a perfect place to drive your car or truck without worrying about severe weather like ice or snow. Texans, of course, know better than to maintain such idyllic beliefs. Like many other places across the United States, Texas drivers are at risk for car accidents regardless of the season.

Obviously, Texas is a large state – just a casual glance at a map will confirm that fact. Because of its size, the state covers a wide range of regions that have different types of climates. Across the northern plains section of the state, the land is vulnerable to drought due to its semiarid conditions. The panhandle area is typically colder in the winter than other areas of the states, and can even see snowfall and freezing temperatures. Meanwhile, the Trans Pecos region is dry and windy. The Hill Country of central Texas is semi-arid, but flooding can be common. The Piney Woods in the east is subtropical and vulnerable to tornadoes, hurricanes, and foggy conditions. Finally, South Texas ranges from semi-arid to the wetter conditions around the Rio Grande.

Though snow is not something that one might ordinarily assume to be a major concern in the state of Texas, it does occur – as residents of the state were reminded in 2015. One snow storm in February of that year dumped enough ice and snow on the state to cause hundreds of accidents – among them a 20-car pileup in North Texas. Near the end of that year, in December, a blizzard brought drifting snow and whiteout conditions to parts of the panhandle.

Spring in Texas can be hazardous as well. In addition to normal driving hazards, the spring often brings with it heavy rains and the potential for flooding. Such was the case in April 2016, when several inches of rain was dropped on North Texas as a result of a weather system that led to many Texas counties being declared disaster areas by the Governor. Flash floods led to road closures, driving advisories, and more than 1,000 rescues from the water.

Though the summer months are free from most weather hazards like snow and ice, there is always the potential for fog or similar visibility-related issues. Two other hazards pose even greater dangers for the average driver, however. Because summer is traditionally vacation season, traffic across the state can be hectic throughout the summer months. Moreover, summertime construction can make driving a more stressful proposition, as many drivers can become frustrated by the slower rates of speed and narrow lanes. All of this combines to make summer one of the more perilous times to be on the road anywhere in the nation.

In fact, the Insurance Information Institute reports that the nation sees the highest number of traffic crash deaths in the month of August – right at the height of vacation travel and shortly before students begin to return to class. The NHTSA cites construction, heavy traffic, and blowouts caused by increased temperatures as the major contributing factors in the heavy accident rate and death toll.

The end of Daylight Savings Time in the fall often coincides with an increase in drowsy driving as drivers commuting home from work are faced with dimmer conditions thanks to the clock being moved back an hour. Moreover, new dangers emerge as the cooler weather and the breeding season can lead to an increase of deer and other wildlife on the road. Finally, the looming holidays can be a time of stress and distraction – and even depression for some drivers. All of these things can lead to unsafe driving habits and a greater risk of accidents occurring.

Being Safe No Matter the Season

We want you to be safe on the roads, regardless of the season. Part of ensuring your own safety on the road involves understanding the different risks that different types of weather and road conditions can present.

If you or someone you love has been in an accident in the state of Texas and suffered damages, don’t try to seek recovery on your own. Any effort to seek compensation involves complex legal issues that require the attention of an experienced personal injury lawyer. We can assist you with your compensation effort and ensure that your interests are protected.