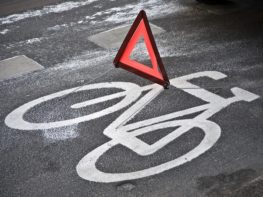 If you ride a bicycle on San Antonio roads or elsewhere in Bexar County, you are risking your life in a bicycle accident, according to recent reports.

Most striking is a report from Texas Public Radio (TPR) headlined “San Antonio Roads Aren’t Safe for Cyclists.” It says 29 people were killed or seriously injured while riding a bike in San Antonio in 2018 – more than two every month – representing an increase from 2017.

TPR reports the deaths of at least two cyclists in the first few months of 2019 and there have been more since, including a 40-year-old man killed in a bicycle accident at Blanco Road and Dresden Drive on San Antonio’s North Side on the evening of October 30.

Bexar County Among Most Dangerous for Fatal Bicycle Accidents

The Texas Department of Transportation (TxDOT) reported 2,426 total cyclist crashes statewide in Texas in 2018, including 617 fatal accidents and 621 deaths.

Share the Road Texas says statistics from 2009 to 2014 demonstrate that Bexar, Harris, Travis, Dallas, and Tarrant counties are the most dangerous in the state for bicyclists:

Share the Road Texas says two-thirds of bicycle crash injuries occurred on city streets and the largest percentage of bicycle crash fatalities (33%) occurred on U.S. and state highways. Not surprisingly, crashes that happen on higher-speed roads are more likely to result in fatalities, the organization says.

NHTSA says that, across the country, three-fourths of bicyclists and other cyclists, including riders of two-wheel, nonmotorized vehicles, tricycles and unicycles powered solely by pedals who died in motor vehicle crashes in 2017 died in crashes in urban areas.

The bicycling advocacy group Bike San Antonio is petitioning the city to establish a bikeway with a physical protective barrier along the three-mile length of the Broadway Street Bond Project.

The group says 53% of people would like to bike more but are concerned about their safety from car traffic. Bike lanes not only benefit the individual, but also businesses. In New York City, the addition of a protected bike lane on two major streets led to “a 50% increase in sales receipts.”

“This is an excellent opportunity to showcase San Antonio as a city of the future, a city that cares about the safety/needs of its citizens, and a city that understands more bikes on the road is a good thing,” Bike San Antonio says.

However, city engineers and consultants say there is not enough room to add protected bike lanes on the lower, mile-long section of Broadway, where the City expects commercial growth, according to the Rivard Report. Others argue that voters approved the “complete street” project with the understanding that bike lanes would be included and that provisions of the 2010 River North Zoning plan include a transportation design plan with a five-foot bike lane suggested for lower Broadway from 3rd Street to Jones Avenue.

Previously, the Rivard Report said the city was planning to put protected lanes on Avenue B and North Alamo Street, which run parallel to Broadway, with a $6 million reimbursement deal from the Midtown Tax Increment Reinvestment Zone (TIRZ).

Cyclist Brian Clements said during a mass bicycle ride down Broadway that the Avenue B and North Alamo Street compromise won’t push more experienced cyclists off of Broadway Street, and therefore would not significantly improve safety for cyclists.

“There’s a bunch of riders, people like myself, who won’t get off Broadway, bike lane or not,” he said.

A required zoning change for bike lanes on Broadway would be considered first by the Zoning Commission, which would make a recommendation to City Council, the Rivard Report said. No meeting had been scheduled as of the November 1 report because the zoning change request has not yet been submitted by City staff.

Under Texas law, injured cyclists may have a right to seek financial compensation for their economic and noneconomic losses in a bicycle accident caused by a motorist. The attorneys of Herrman & Herrman have extensive knowledge and experience in bicycle accident cases, and we are proud of our record of success in helping injured victims and their families in the greater San Antonio area.

If you or a loved one has been injured in a San Antonio bicycle accident, speak with one of our compassionate bike law attorneys as soon as possible. Call now at (361) 882-4357 to schedule a free initial consultation so we can discuss your legal options.