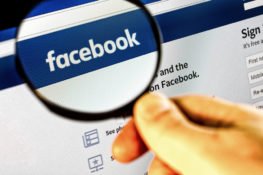 Facebook may not have been the first social media platform, but it is arguably the most influential to date. With over 2 billion active monthly users worldwide, it is by far the largest social media site. There aren’t many signs of it slowing down either. One development that we’ve seen in recent years is the use of Facebook as evidence. We’ve seen this in both civil and criminal trials nationwide.

If a Facebook post is public, it can usually be admitted as evidence in a court of law. There are several steps that generally must be followed, however. Metadata such as IP address, timestamps, and URLs must be collected to verify the authenticity of the post. In other words, it must be confirmed that the posts or pictures truly belong to the individual with whom they are being associated. It must also be confirmed that the captured data provides an accurate representation of the content being admitted.

Once these have been verified, there are several ways to use Facebook as evidence in court.

Facebook allows users to make text posts. This isn’t the extent of sharing though. Users can also share multimedia and news. Users often also upload photos of themselves and their friends. Some people are not as careful as others when posting to social media. How so?  By allowing the world to see where they are or what they have to say. Revealing this information can prove to be harmful to an individual in a court of law. However, it can also come to the rescue in certain cases.

In some cases, people have made disturbing posts about their intentions to harm or kill another person or people. When they have been arrested on these charges, these posts have been used against them as evidence. If it can be verified that they made the threatening posts, it is reasonable to believe that they carried out the crimes.

Photos can prove to be incriminating as well. Often, an individual who is on probation is required to avoid drugs and alcohol. Photos of them consuming these items could be used against them. Some may not be allowed to leave the state. These individuals may be hurt by photos that clearly show them in a location in another state.

In contrast to this, photos can also be used to confirm that a person wasn’t present at the site of a crime of which he or she has been accused.

In April of 2018, a Houston woman posted a Facebook Live video of herself threatening a man with a gun. The gun was eventually fired, and the man was hit and taken to the hospital in critical condition.

Cassandra Damper, the alleged shooter, was taken into police custody and the video was admitted to court as evidence. Although it was posted on Facebook Live, which is a streaming service, authorities were able to obtain a recording of the video. There are still details that must be worked out, but this type of situation is becoming more common, and we may see more Facebook videos used as evidence in a variety of court cases.