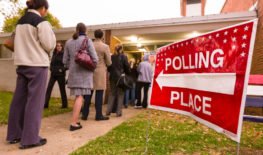 When Congressman Blake Farenthold stepped down mid-way through his fourth congressional term, it created a new link in a chain of elections for voters within the 13-county district.

The district spans all or a portion of 13 counties — Nueces, Victoria, San Patricio, Aransas, Refugio, Calhoun, Matagorda, Jackson, Wharton, Lavaca, Gonzales, Bastrop, and Caldwell. That said, most votes are concentrated in Nueces and Victoria counties, both of which are fully within the district.

It’s been about two months without a representative for District 27. That could change come June 30.

With such a vast district across South Texas comes an array of issues. In Nueces County, for instance, there’s one of the country’s largest ports, something constituents living in Bastrop may not be as concerned about. Meanwhile, the new District 27 representative will also be under pressure to step up in Washington to ensure the area hit hard by Hurricane Harvey isn’t losing out on needed aid.

There was the March primary, then the May 5 local elections – albeit District 27 candidates weren’t on the ballot that time around. After that came the May 22 primary runoffs and now, here we are: on the cusp of the special election.

There were nearly 35,400 votes cast in the May 22 Democratic and Republican primary runoffs for the district, according to the Texas Secretary of State’s office.

It’s been about two months without a representative for District 27. That could change come June 30.

When voters head to the polls they’ll see nine names on the ballot — Democrats, Republicans, Libertarians and Independents alike.

Three of those names should be familiar to voters: Holguin, Cloud and Raul “Roy” Barrera. Win or lose in the special election Holguin, a Democrat, and Cloud, a Republican, will face off again in the November general election.