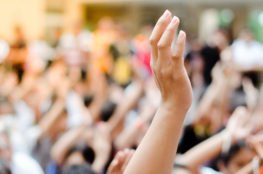 McAllen is a well-integrated bicultural community with a population of 140,269. It is one of the most remarkable cities in the US which is all-American but speaks Spanish just as fluently. In fact, most of the street signs are written in a mixture of English and Spanish, for example, the anti-littering sign says ‘No dumping basura’ where basura means trash. But recently McAllen has been facing a lot of negative sentiments due to the migration problem, and the locals seem to blame Trump’s policies for that.

Mayor, Jim Darling, said that McAllen has received a bad public image after the statements made by Trump and his policies about Mexico. He has shared his sentiments with the President as well and informed him that the people of McAllen are very disturbed by his political actions. The Mayor said that he wants to uphold the diversity and multiculturalism of McAllen which gives so much vibrancy to the city.

McAllen does a lot of business across the border and spends almost $1 million each year to bring business from countries like Japan and Korea. Most of the companies invest in the factories set up in Mexico, and many engineers and executives working in those companies live in McAllen. McAllen is also a popular tourist destination, and about 18 million people visit the city each year. 40% of the tourists come from Mexico and contribute to McAllen’s economy. La Plaza Mall is a favorite shopping spot for Mexicans, and the sales tax per capita raised from this shopping mall is more than any other city in Texas.

But Trump’s anti-Mexican speeches have created a lot of problems and affected the revenue stream that comes from Mexico. Last year, many Mexicans gathered to boycott McAllen shopping places. The Mayor had to invest $300,000 in a reconciling campaign to appease the sentiments of Mexicans. The recent family separation issue is also creating a bad repute for McAllen. 24,000 children were separated from their families which sparked a lot of protest in the news and social media. The city faced the same problem in 2014 when unaccompanied children from Central America were banished into McAllen.

The US citizens think that McAllen is providing a safe passage for illegal border crossing. On the contrary, migrants only use the Rio Grande Valley to pass to other cities in America. The Police Chief, Victor Rodriguez, said that McAllen is a very peaceful city and has kept crime rates low in the past 33 years. There have been no murder scenes this year, and the drug problem is only limited to Mexico and hasn’t affected McAllen in any way.

The residents of McAllen feel helpless as they see hundreds of activists, protesters and law enforcement agencies pouring into the city. The city has become famous for something that it has no part of. The zero-tolerance policy for families illegally crossing the border was introduced under Trump’s regime, but the people of McAllen seem to be facing the brunt of it. The detention center where children separated from their parents are kept looks like a shackle and has been condemned by protesters across the country. The current situation has become more serious than the incident of 2014, and the city of McAllen is struggling to keep calm among its people.