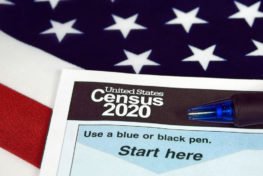 The Lower Rio Grande Development Council is not, as of right now, weighing in on the citizenship question being added to the 2020 census.

The LRGVDC, the official council of government for Hidalgo, Cameron and Willacy Counties, voted to form a Census 2020 Regional Task Force. This task force will hold its first meeting on May 10. The executive director Ron Garza acknowledged that there is concern over the citizenship question. The fear is that it will lead to a serious undercount because families that included undocumented residents will not fill out the form. Therefore this grassroots immersion technique will aim at people hearing from members of their own community that this is safe to answer.

The fear of an additional barrier to the other challenges already faced led to the decision to create the task force first. Hidalgo County has created a webpage for the 2020 Census which points out the significance of the count.

Recently, both the City of McAllen and City of Mission passed resolutions against the inclusion of the citizenship question in the 2020 Census. Hidalgo County agreed to join a lawsuit to stop the question entirely.

While local communities and the counties believe this will have a mass effect, U.S. Commerce Secretary Wilbur Ross states otherwise in a memorandum related to the decision made that there is no evidence such a question will suppress the count.

The plan is for this Regional Task Force to come together at least once a quarter to produce a regional calendar, among other things. The goal of having no entity left behind has started early with the Rio Grande Valley because it has a lot at stake as estimates indicate that for every thousand homes the Census Bureau doesn’t count more than $10 million in financial aid which could be lost over a ten-year period. All 43 entities will have a point of contact that will coordinate best practices for the various complete count committees set up by the Valley cities and counties.

City and county officials working together for this regional initiative is a massive undertaking that the LRGVDC is primed to help accomplish along with providing resources, organization, and information to ensure no gap occurs in the assistance.

The Rio Grande Valley, as you know, has a lot of Colonia residents who do not have addresses and the LRGVDC has been working tirelessly to help obtain those addresses and avoid a serious undercount.

In an area of dire need of proper funding and resources, the LRGVDC and local communities appear to have it right this time with working early on getting this count right and eliminating undue fear, without directly addressing the question. At least not yet.