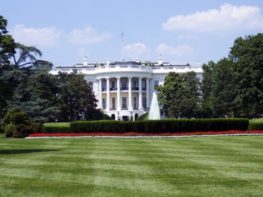 Today marks 15 years since the attacks on September 11, 2001. The Corpus Christi Caller Times reported on President Obama extending President George W. Bush’s proclamation 7463 for its 16th consecutive year. The post 9/11 state of emergency will continue through the end of the Obama presidency which gives him, the president, broad powers over the military for at least another year.

Proclamation 7463 gives the president the ability to call up the National Guard and deploy those troops overseas. They can also give him – or her- the authority to suspend the operation of any provision of law relating to the promotion, involuntary retirement, or separation of commissioned officers of the armed forces. Not only is the president able to do these executive acts of order, but the president can even appoint an unlimited amount of new one or two star generals, waiving promotion requirements and legal limits on the number of officers. The Pentagon recently stated that 16,345 men remain called up under that proclamation.

It is critical that the American people understand what this proclamation means as this year draws to an end and with it the announcement of our next Commander in Chief. Whoever is elected to the highest office in our nation will hold the powers of this proclamation and with it immense control over the security and future of the United States.

Statement from The White House:

CONTINUATION OF THE NATIONAL EMERGENCY WITH RESPECT TO CERTAIN TERRORIST ATTACKS

Consistent with section 202(d) of the National Emergencies Act, 50 U.S.C. 1622(d), I am continuing for 1 year the national emergency previously declared on September 14, 2001, in Proclamation 7463, with respect to the terrorist attacks of September 11, 2001, and the continuing and immediate threat of further attacks on the United States.

This notice shall be published in the Federal Register and transmitted to the Congress.