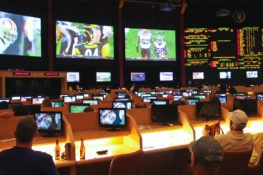 A landmark decision was handed down from the Supreme Court that could change the way we view sports. On May 14, 2018, the Supreme Court in a 6-3 decision voted to allow states the opportunity to decide on whether they would allow gambling on the outcomes of sporting events. This case overturned a 1992 federal regulation that banned most states from allowing sports betting. The previous controlling regulation was the Professional and Amateur Sport Protection Act also known as the Bradley Act.

“to sponsor, operate, advertise, promote, license, or authorize by law or compact . . . a lottery, sweepstakes, or other betting, gambling, or wagering scheme based . . . on” competitive sporting events, 28 U. S. C. §3702(1), and for “a person to sponsor, operate, advertise, or promote” those same gambling schemes if done “pursuant to the law or compact of a governmental entity,” §3702(2)

Now one might ask with this regulation in place how one can gamble on the outcomes of sporting events in certain states such as Las Vegas. The regulation contained a carve-out for certain states where gambling had already been legalized. Those states included Nevada, Delaware, Montana, and Oregon. The Act also allowed one year after its passage for states to vote on whether they would allow sports betting to happen in their respective state. During the one year period, New Jersey opted not to allow sports betting in the state. But due to a failing economy, the state of New Jersey started to look for a way to boost its economy, specifically flailing Atlantic City.

In 2011 the citizens of New Jersey voted to amend their state constitution to permit sports betting. This decision was immediately met with opposition. Major professional sports leagues and the NCAA sued stating this amendment violated the Brady Act. The state of New Jersey responded stating that the Brady Act violated the Tenth Amendment. This argument continued to play out in the judicial system for years until it was eventually granted cert to be heard by the Supreme Court.

In a seven to two (7-2) decision, the Supreme Court ruled in New Jersey’s favor to allow states the right to decide individually on whether they would allow sports betting. This decision is expected to have a ripple effect across the country. It is anticipated that many states will enact similar legislation to allow sports betting. It would not be surprising to see an uptick in both daily fantasy leagues as well as traditional betting on the outcomes of sporting events.