Home Blog Motor Vehicle Accidents San Antonio Intersections: Which Are The Most Dangerous?

San Antonio Intersections: Which Are The Most Dangerous? 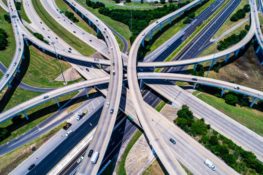 Commuters and others who regularly drive in San Antonio are well aware of Bexar County’s heavy traffic and the frequency of car accidents. What emerges under closer inspection is that many car accidents occur at intersections, and that some intersections – due to design, traffic volume or other factors – are more dangerous than others.

Our San Antonio car accident attorneys at Herrman & Herrman help accident victims recover compensation for their injuries and other losses suffered in intersection crashes caused by other motorists. If you’ve been injured in a T-bone accident at an intersection or some other type of crash, our law firm has English- and Spanish-speaking staff who can assist you. But we hope the information below can help you avoid an intersection accident.

According to a San Antonio Express News report, the most deadly intersections in Bexar County are:

Why Do Most Accidents Happen at Intersections?

If you have multiple cars crossing the same area at the same time in different directions, collisions are bound to happen. By design, an intersection is a place where vehicles travelling in opposing directors may come into conflict.  As the FHA explains: the different approach and crossing movements by motorists, bicyclists and pedestrians make at-grade intersections one of the most complex traffic situations that people encounter.

Add to the complexity of an intersection the wild card of motorists who ignore speed limits, disregard traffic lights and fail to yield to pedestrians in crosswalks and other vehicles that have the right of way.

Car crashes in intersections are typically one of four types:

How Can A Car Accident Lawyer Help Me in San Antonio?

Perhaps you recognize one of the San Antonio intersections listed above where you or a loved one was injured in a collision caused by another motorist. If so, the intersection crash attorneys of Herrman & Herrman may be able to help you. Texas allows two years from the date of an accident to file a personal injury claim for compensation to cover medical expenses and other losses in an accident.

If you have not yet accepted an insurance settlement for injuries suffered in a car accident occurring at an intersection in San Antonio or greater Bexar County, let our attorneys review your case and any insurance offers or communications for free. We can review the facts of the accident and discuss your legal options. If you have received a communication from an insurer, we can discuss whether it is a reasonable offer given your injuries and losses. Call us today or fill out our online contact form to find out how.