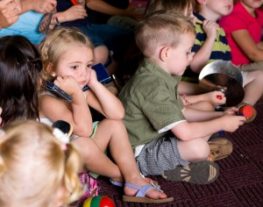 There are few things in life more despicable than the abuse of a child, and yet our most vulnerable citizens often find themselves subjected to abuse and neglect. As we’ve discovered all too frequently in recent decades, even daycare facilities are not free from this type of mistreatment. Over the last three decades, however, society has made a more conscious effort to ensure that our children are protected from harm while in the custody of child care services. Despite those efforts, though, instances of abuse still occur. Even today, there is always a potential for abuse in those settings. It is therefore vital that you know what you should do when you suspect daycare child abuse in Texas.

In 2014, the state of Texas had an estimated child population of more than 7.26 million children. State officials received hundreds of thousands of complaints of abuse and neglect that year, and found that children did suffer abuse or neglect in 66,572 cases. That’s an alarming number that should shock every resident in the state. According to The Children’s Advocacy Centers of Texas, roughly 185 children in the state are abused in some manner each and every day. That abuse includes everything from bruises and broken bones to neglect. Moreover, approximately 25% of all Texas girls and one out of every six boys are sexually abused before the age of eighteen.

Many parents simply assume that the daycare facilities they entrust with their children’s wellbeing are safe places run by people who have nothing but the child’s best interests at heart. In the vast majority of instances, those assumptions are correct. However, there are always exceptions to every rule, and even some seemingly caring daycare facilities have struggled at times with abusive caregivers.

It is important to note that sometimes this abuse occurs not as a result of nefarious intent, but due to unintentional instances of incompetence or outright poor decisions. For example, caregivers are often confronted with new behavioral challenges they have never encountered before. On occasion, a stressed or inexperienced caregiver may end up inadvertently harming a child without actual intent to do so. And sometimes children just get hurt in moments when they are not being directly supervised while engaged in play. That can make it difficult for parents to know when abuse has taken place and when children simply suffered harm in other ways.

As a parent, you may be tempted to try to investigate instances of harm on your own to determine for yourself whether or not abuse or neglect has taken place. After all, most of us would prefer to avoid contacting the authorities – especially when we feel as though we don’t know for certain whether any crime has taken place. Under Texas law, however, you have a statutory duty to report suspected cases of child abuse – including neglect – to the appropriate authorities. While some jurisdictions impose this duty on certain professionals who are required to be mandatory reporters, that mandate is extended to all adults in the state of Texas. Moreover, you are required to report that suspicion immediately.

Fortunately, the state has made that process about as simple as possible. The Texas Department of Family and Protective Services offers both a toll-free and online abuse hotline where you can report any suspected incident of abuse or neglect of children – as well as suspicions of elder abuse or mistreatment of those who suffer from disability. Both hotlines can be used at any time of the day or night, and reports are responded to within a day.

State officials understand that many who suspect abuse are often fearful of reprisals or legal consequences that might result from any reporting of their suspicions. The Department of Family and Protective Services guarantees your anonymity when you make a report, to ensure that you are not placed in harm’s way for trying to do the right thing. Moreover, people who make good faith complaints about suspected abuse in the state of Texas are protected against both criminal and civil liability. On the other hand, if you fail to make a report and it is later determined that you knew of potential abuse and did nothing, you could find yourself facing criminal charges ranging from a misdemeanor to a felony.

The Texas Attorney General’s website also offers important information about how everyone should address this important issue with children whom they suspect to have been the victim of abuse. The advice offered is directed to professionals who are likely to encounter potential abuse or neglect, as well as other private citizens – including parents, friends, relatives, and others. Because the first communications with a child victim of abuse can be so important to ensuring open communication, you should familiarize yourself with these recommendations prior to talking to any potential victim about his or her experience.

What If It’s Your Child?

Obviously, your concerns will be even greater when you suspect that your own child has been the victim of such abuse. Your response should follow the same pattern, however. Get your child the medical help he or she needs, and then contact the appropriate authorities and report your suspicions. If your child is old enough to communicate the experience, you can encourage him or her to tell you and/or a physician or nurse what happened. You may also need to arrange for the child to receive counseling so that any lingering feelings of anger, shame, and fear can be addressed.

Despite our best efforts, child abuse does happen. It is important therefore that society respond with the full force of the law to deter as many future incidents of abuse and neglect as possible. If you suspect that your child has been the victim of neglect or abuse at his or her daycare facility in Texas, and are confused about how to deal with the issue, contact a reliable law firm so that an experienced attorney can assist you and help you take action to protect your child’s interests.