Home Blog Articles Drinking & Driving – What are the Damages?

Drinking & Driving – What are the Damages? 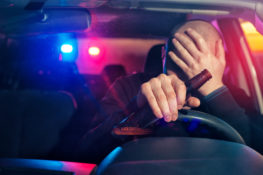 Ordinarily, drinking to get drunk is not a good thing to do. But in this age and time, there is a high rise of alcoholic intake in the world; most especially amongst the youth.; and we see people drinking excessive alcohol to the extent of passing out.

As if drinking and getting drunk is not disastrous enough, most of these drunk people end up getting behind the wheels of their vehicles; and before you know it, they are crashing into people, objects and landed properties.

When any of these collisions happen; most especially a crash against property i.e. property damage, there are lots of things that can happen to the drunk drivers and perhaps the owner of the property, such as:

Damages and injuries caused by drunk drivers can bring about legal suits against the drunk driver. For damage done to properties for instance, the drunk driver might be incarcerated for a few days, their driver’s license can be suspended or be made to pay a bond before they are released.

The second penalty levied against drunk drivers involved in property damages is that they pay for the damages caused. This is where things can get dicey for the property owner, as there are so many factors that would determine if the property owner would be paid or not.

One factor includes a property damage claim and evidence to back it up. This means that you have to watch and maybe record the driver to ascertain that he was truly under the influence of alcohol when he/she crashed into your property. Also, you have to take a pictorial note of the location of the crash, to further buttress your claims.

Although, property collision as a result of drunk driving cannot be classified as an intentional act; but regardless of that, according to the DUI (Driving Under Influence) laws; property damage based on DUI is seen as a criminal act that should be addressed legally, to teach the perpetrator a big lesson, and also teach others not to engage in drinking and driving.