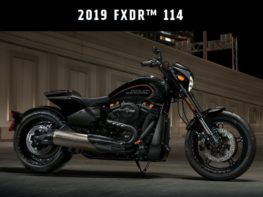 Register For Our Giveaway

ELIGIBILITY: The “WIN A 2019 FXDR 114 HARLEY DAVIDSON MOTORCYCLE” online sweepstakes giveaway (“Promotion”) is open only to those who are legal residents of the 50 United States or the District of Columbia and enter via the online entry form at http://www.namil-law.org/winaharley. Members of the National Academy of Motorcycle Injury Lawyers (“Sponsor”), as well as the immediate family members (spouse, parents, siblings and children) and household members of each such member are not eligible. This Promotion is subject to all applicable federal, state, and local laws and is void where prohibited by law. Sponsor reserves the right to verify eligibility qualifications of any winner.

HOW TO ENTER:  During the Promotion Period, entrees must complete and submit the official entry form in its entirety.  Limit one entry per person.  Participation in this Promotion constitutes entrant’s full and unconditional agreement to these Official Rules and Sponsor’s decisions, which are final and binding in all matters related to this Promotion.